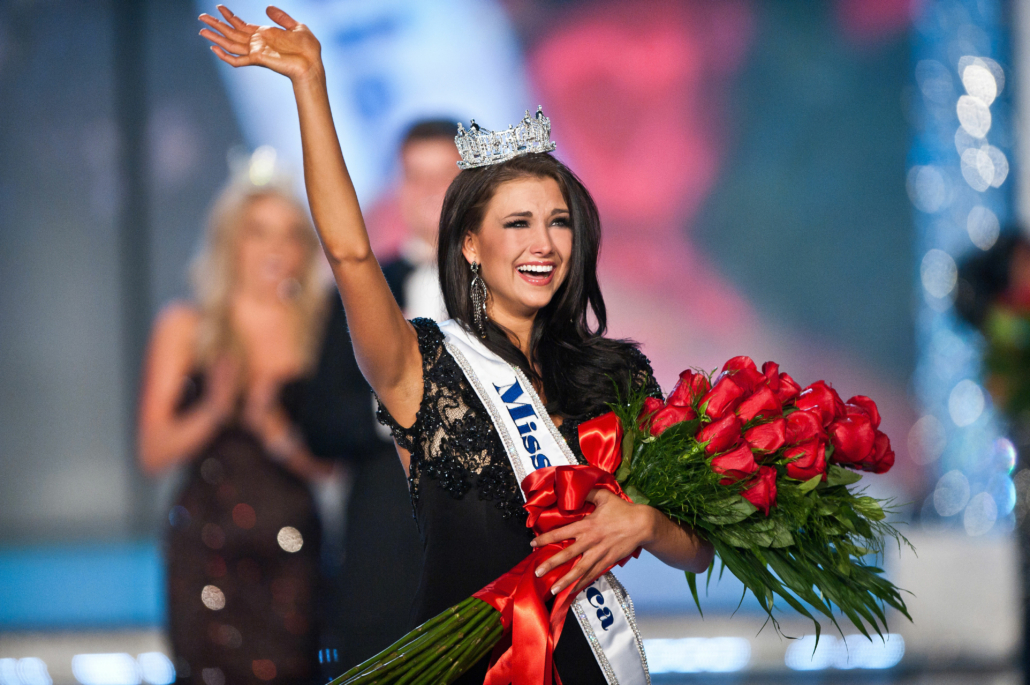 Laura Kaeppeler proudly represented the state of Wisconsin at the Miss America 2012 competition, which was held Saturday Jan. 14, 2012 at The Planet Hollywood Resort & Casino in Las Vegas.

“I was very much at peace at that moment, knowing that I was proud to be standing with her, and that whoever won it would be in good hands,” Laura told The Associated Press.

During her reign as Miss America, Laura Kaeppeler traveled around the world, appearing on television and speaking on behalf of organizations like the Children’s Miracle Network Hospitals, The Miss America Organization, and her own platform advocating for children of incarcerated parents.

The US News and World Report recently named Laura Kaeppeler one of The Top 100 Women Leaders In STEM.

Miss America 2011 Teresa Scanlan crowned Laura Kaeppeler during the ceremony. Laura, an alum of Carthage College in Wisconsin, won a $50,000 scholarship which she used for her education.

The Miss America 2012 competition was held at the Theatre for the Performing Arts at Planet Hollywood Resort in Las Vegas on January 14.

The preliminary competition saw Kaeppeler win the talent portion, and a $2,000 scholarship.

“I feel like I’ve been called to do this,” Kaeppeler told Huffpost. “I believe my life was pre-written and predestined by a higher power before I was born. What happened in my past is part of that, and (being) Miss America is part of that.”

Laura Kaeppeler wore a white bikini for the lifestyle and fitness competition, a red dress embellished with rhinestones and beads, and a custom black beaded evening gown by Tony Bowls.

During the final round of the Miss America 2012 competition, one of the judges asked Kaeppeler about politics, and if beauty queens should declare their viewpoints.

“Do you think Miss America should be free to declare her political affiliation?” asked Lara Spencer.

“Miss America represents everyone, so I think the message to political candidates is that they represent everyone as well. And so in these economic times, we need to be looking forward to what America needs, and I think Miss America needs to represent all.”

Laura Kaeppeler won the 2012 Miss America competition, and was awarded a $50,000 scholarship.